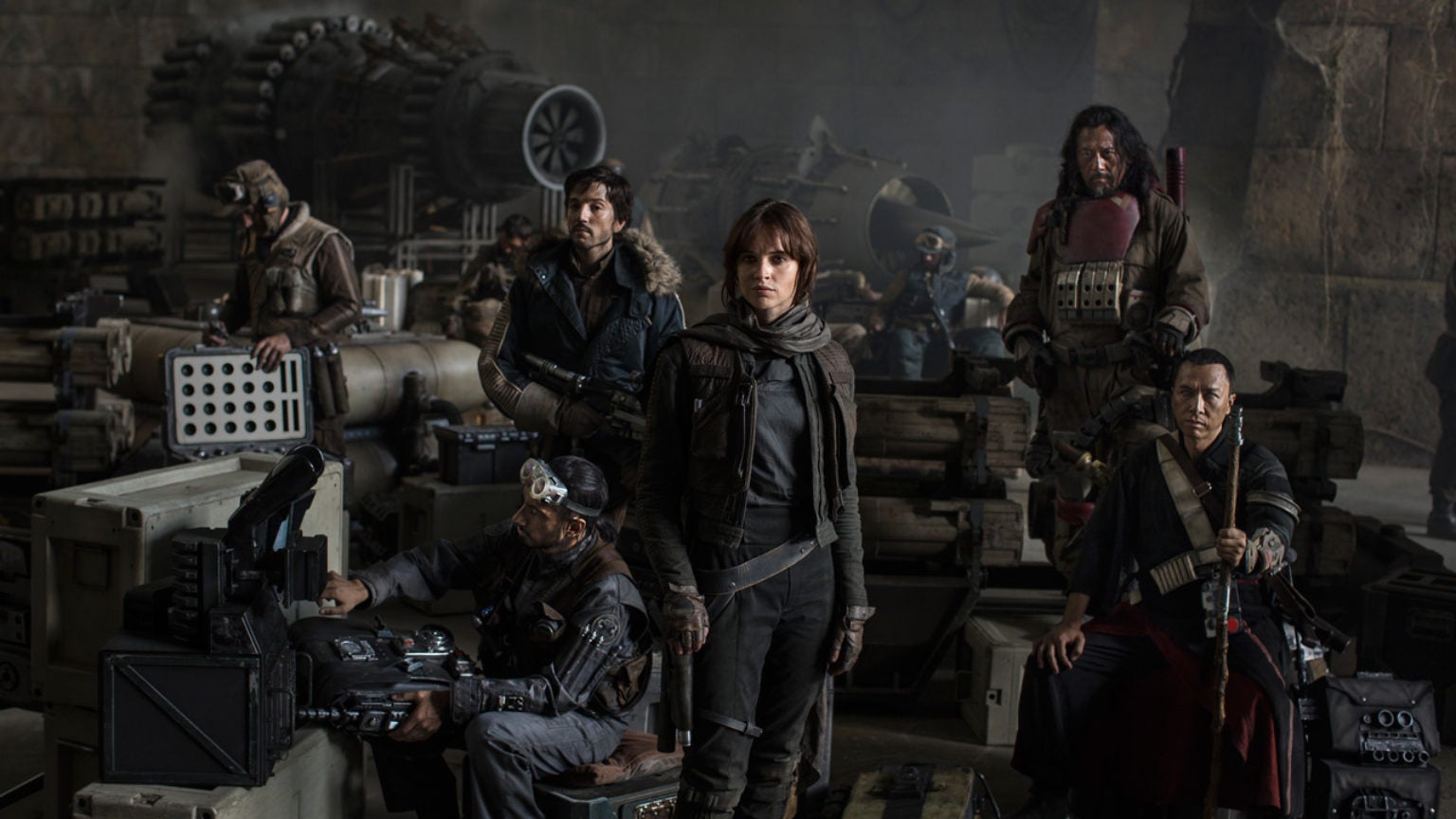 When I presented my wife’s query to my son, he didn’t hesitate. “You like it because it’s a war movie.” He was absolutely correct, though; I had never considered it in those terms before. Rogue One is a war film in the way that no other Star Wars movie is. The three trilogies focus on Jedi knights — their discovery, rise, or fall — set against the backdrop of a galaxy-spanning conflict.

Solo is, at its core, a buddy-heist film set in the middle of a galactic war. Sure, there are battles in all of them, but they’re not what they’re about. Apart from the conflict backdrop, there are gangsters, incredible monsters, trips to opulent casino planets, and quiet Jedi pilgrimages to ancient temples. Rogue One , on the other hand, is all about warfare. There’s no character or sequence that isn’t focused on the characters’ direct participation in the war effort.