The female calf was the third baby reticulated giraffe born to Marlee, zoo officials said. The 6 foot tall calf was “spunky and strong.” 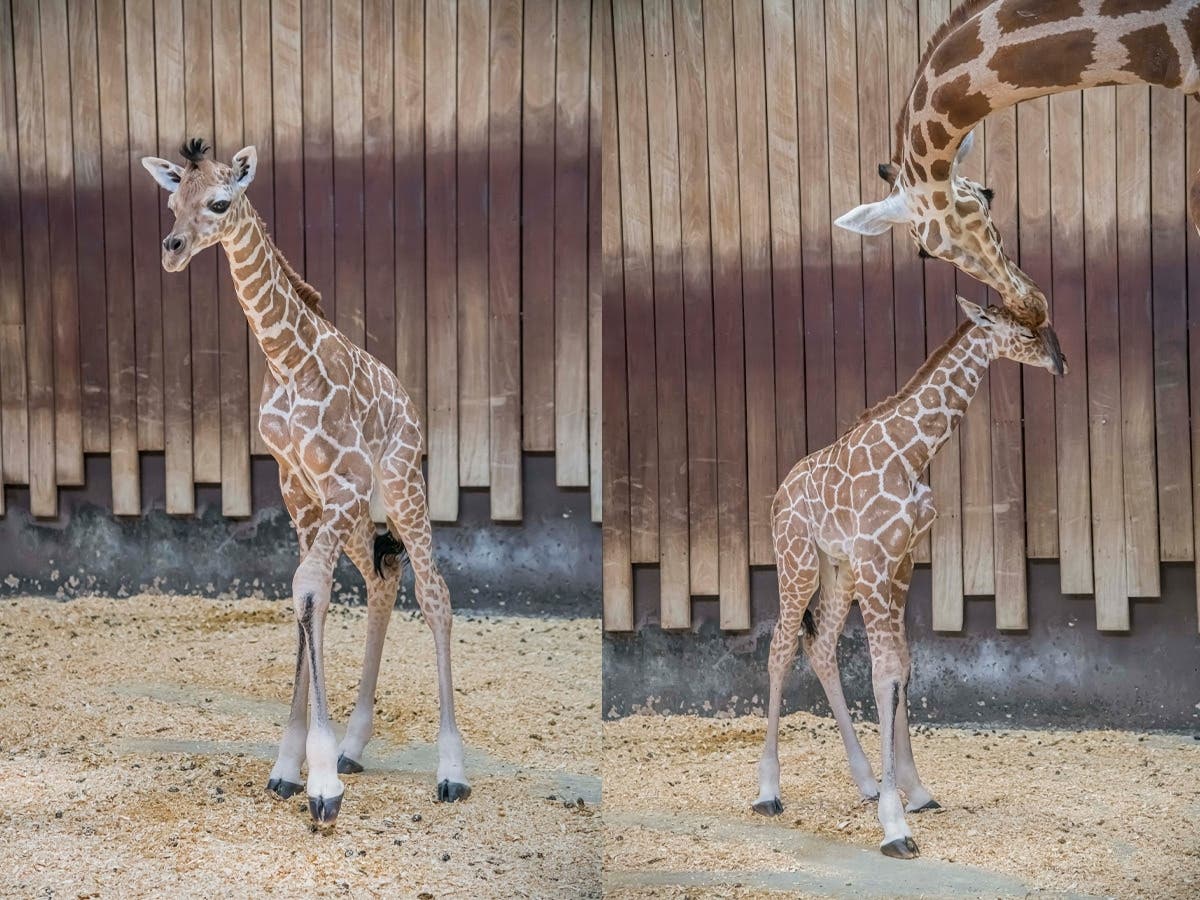 A reticulated giraffe gave birth to a female calf at the Milwaukee County Zoo in the early hours of May 27, according to the zoo. The unnamed calf was sired by Marlee and Bahatika, who is named after one of his brother’s wives.

After being separated from her mother for two-and-a-half days, the calf was rushed to a veterinarian at the San Diego Zoo Safari Park. She weighed 164 pounds and was nearly 6 feet tall, according to a zoo statement. During the day, zookeepers haven’t seen the calf nurse, but she’s been described as “spunky and strong,” suggesting that she was getting enough nutrition.

The giraffe house will be open to the public from 11 a.m. to 3 p.m. daily as the calf learns his or her surroundings, according to the zoo. Giraffes dislike loud noises, so staff from Zootopia are on hand to assist with sound reduction.

Marlee is a young one-horned rhinoceros from Zoo Miami, the zoo said, who was transferred to the Milwaukee County Zoo in 2013. Bahatika is a 17-year-old sambar from Cheyenne Mountain Zoo in Colorado, who was relocated to the zoo in 2006.

The zoo said that giraffes are increasingly rare in the wild and are on the decline. Their status as a vulnerable species was upgraded by the International Union for the Conservation of Nature from “Least Concern” to “Vulnerable.”